The h1 element is used as the main header and should only be used once per page.

The h2 element is used as the secondary header, which may be used for any form of important page-level header.

The h3 element can be used as a header that falls below the h2 header in the document hierarchy.

The h4 element can be used as a header that falls below the h3 header in the document hierarchy.

The h5 element can be used as a header that falls below the h4 header in the document hierarchy.

The h6 element can be used as a header that falls below the h5 header in the document hierarchy.

The hr element represents a thematic break between paragraph-level elements, e.g. a scene change in a story, or a topic-shift within a section. This example from Alice's Adventures in Wonderland. Lewis Carroll, 1832-98, demonstrates this element.

As they walked off together, Alice heard the King say in a low voice, to the company generally, "You are all pardoned."
"Come, that's a good thing!" she said to herself, for she had felt quite unhappy at the number of executions the Queen had ordered.

They very soon came upon a Gryphon, lying fast asleep in the sun.

The pre element represents pre-formatted text. Text within is typically displayed in a monospaced font, exactly as it is laid out in the file. The element is often used to display code fragments, plain-text e-mails or ASCII art.

The blockquote element represents a section that is being quoted from another source.

The ol element denotes an ordered list, and various numbering schemes are available through the CSS (including 1,2,3… a,b,c… i,ii,iii… and so on). Each item requires a surrounding <li> and </li> tag, to denote individual items within the list (as you may have guessed, li stands for list item).

The ul element denotes an unordered list (ie. a list of loose items that don’t require numbering, or a bulleted list). Again, each item requires a surrounding <li> and </li> tag, to denote individual items. Here is an example list showing the constituent parts of the British Isles:

The dl element is for another type of list called a definition list. Instead of list items, the content of a dl consists of dt (Definition Term) and dd (Definition description) pairs. Though it may be called a “definition list”, dl can apply to other scenarios where a parent/child relationship is applicable. For example, it may be used for marking up dialogues, with each dt naming a speaker, and each dd containing his or her words.

This is a term.
This is the definition of that term, which both live in a dl.
Here is another term.
And it gets a definition too, which is this line.
Here is term that shares a definition with the term below.
Here is a defined term.
dt terms may stand on their own without an accompanying dd, but in that case they share descriptions with the next available dt. You may not have a dd without a parent dt.

Figures are usually used to refer to images:

Here, a part of a poem is marked up using figure:

When you wish to cite the source of a quote, you should do so using a figure also:

Winston Churchill, in a speech to the House of Commons. 11th November 1947

There are a number of inline HTML elements you may use anywhere within other elements.

The a element is used to hyperlink text, be that to another page, a named fragment on the current page or any other location on the web. Example:

Go to the home page or return to the top of this page.

The em element is used to denote text with stressed emphasis, i.e., something you’d pronounce differently. Where italicizing is required for stylistic differentiation, the i element may be preferable. Example:

You simply must try the negitoro maki!

The strong element is used to denote text with strong importance. Where bolding is used for stylistic differentiation, the b element may be preferable. Example:

The small element is used to represent disclaimers, caveats, legal restrictions, or copyrights (commonly referred to as ‘small print’). It can also be used for attributions or satisfying licensing requirements. Example:

The s element is used to represent content that is no longer accurate or relevant. When indicating document edits i.e., marking a span of text as having been removed from a document, use the del element instead. Example:

The cite element is used to represent the title of a work (e.g. a book, essay, poem, song, film, TV show, sculpture, painting, musical, exhibition, etc). This can be a work that is being quoted or referenced in detail (i.e. a citation), or it can just be a work that is mentioned in passing. Example:

John said, I saw Lucy at lunch, she told me Mary wants you to get some ice cream on your way home. I think I will get some at Ben and Jerry’s, on Gloucester Road.

The dfn element is used to highlight the first use of a term. The title attribute can be used to describe the term. Example:

Bob’s canine mother and equine father sat him down and carefully explained that he was an allopolyploid organism.

The abbr element is used for any abbreviated text, whether it be acronym, initialism, or otherwise. Generally, it’s less work and useful (enough) to mark up only the first occurrence of any particular abbreviation on a page, and ignore the rest. Any text in the title attribute will appear when the user’s mouse hovers the abbreviation (although notably, this does not work in Internet Explorer for Windows). Example abbreviations:

The time element is used to represent either a time on a 24 hour clock, or a precise date in the proleptic Gregorian calendar, optionally with a time and a time-zone offset. Example:

Queen Elizabeth II was proclaimed sovereign of each of the Commonwealth realms on 6 and 7 February 1952, after the death of her father, King George VI.

The code element is used to represent fragments of computer code. Useful for technology-oriented sites, not so useful otherwise. Example:

When you call the activate() method on the robotSnowman object, the eyes glow.

Used in conjunction with the pre element:

The var element is used to denote a variable in a mathematical expression or programming context, but can also be used to indicate a placeholder where the contents should be replaced with your own value. Example:

If there are n pipes leading to the ice cream factory then I expect at least n flavours of ice cream to be available for purchase!

The samp element is used to represent (sample) output from a program or computing system. Useful for technology-oriented sites, not so useful otherwise. Example:

The computer said Too much cheese in tray two but I didn’t know what that meant.

The kbd element is used to denote user input (typically via a keyboard, although it may also be used to represent other input methods, such as voice commands). Example:

The i element is used for text in an alternate voice or mood, or otherwise offset from the normal prose. Examples include taxonomic designations, technical terms, idiomatic phrases from another language, the name of a ship or other spans of text whose typographic presentation is typically italicised. Example:

There is a certain je ne sais quoi in the air.

The b element is used for text stylistically offset from normal prose without conveying extra importance, such as key words in a document abstract, product names in a review, or other spans of text whose typographic presentation is typically emboldened. Example:

You enter a small room. Your sword glows brighter. A rat scurries past the corner wall.

The mark element is used to represent a run of text marked or highlighted for reference purposes. When used in a quotation it indicates a highlight not originally present but added to bring the reader’s attention to that part of the text. When used in the main prose of a document, it indicates a part of the document that has been highlighted due to its relevance to the user’s current activity. Example:

I also have some kittens who are visiting me these days. They’re really cute. I think they like my garden! Maybe I should adopt a kitten.

She bought five pairs of shoes.

Tables should be used when displaying tabular data. The thead, tfoot and tbody elements enable you to group rows within each a table.

If you use these elements, you must use every element. They should appear in this order: thead, tfoot and tbody, so that browsers can render the foot before receiving all the data. You must use these tags within the table element.

Ready for a New Look?

Book an appointment with us now online. 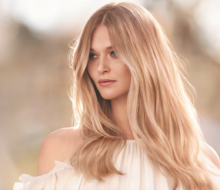 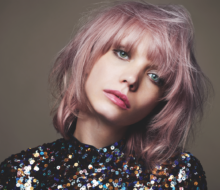 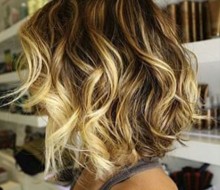 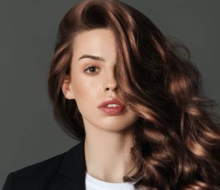